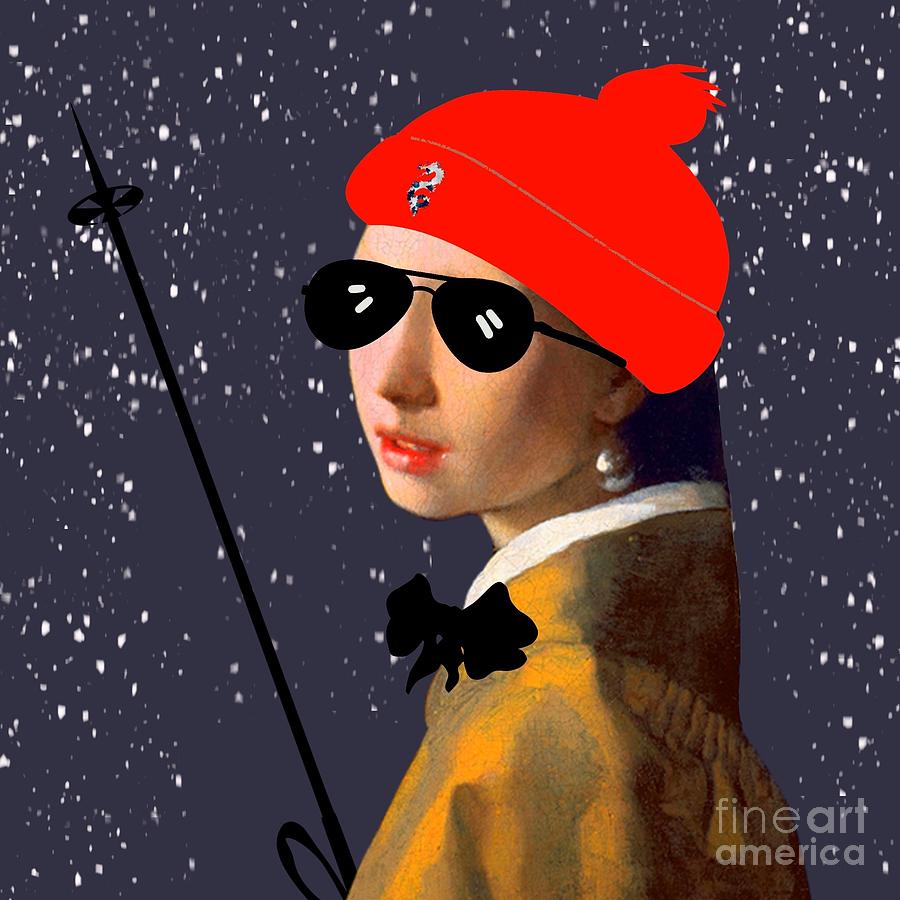 This original digital art is currently for sale.   At the present time, originals are not offered for sale through the HELGE Art Gallery - Website secure checkout system.   Please contact the artist directly to inquire about purchasing this original.

Girl with a Pearl Earring depicts an imaginary young woman with a very large pearl earring.
The original oil painting on canvas (c. 1665) by Dutch artist Johannes Vermeer permanently resides in the Mauritshuis museum in The Hague.
Unlike the Mona Lisa, Girl with a Pearl Earring is not a portrait but a tronie, a Dutch term for a character or type of person: in this case a girl in exotic dress, wearing an oriental turban and an improbably large pearl in her ear.
The work has been in the collection of the Mauritshuis in The Hague since 1902.
Girl with a Pearl Earring became one of Vermeer’s more famous pieces around the turn of the 21st century, with the 1995 blockbuster exhibition at the National Gallery of Art in Washington, D.C. and the publication of the best-selling novel Girl with a Pearl Earring by Tracy Chevalier in 1999. The book fashioned the painting’s subject into a housemaid named Griet who works in Vermeer’s home and becomes his paint mixer. It was adapted into an Oscar-nominated film in 2003 starring Scarlett Johansson as the fictional Griet and Colin Firth as Vermeer.
Girl with the Pearl Earring traveled to Japan, Italy, and the United States. It drew crowds in each location, attesting to its now firm place in front of an audience. When Girl returned to the Netherlands in 2014, the Mauritshuis announced it would no longer lend out the painting, assuring visitors that the museum’s main attraction would always be in its home.