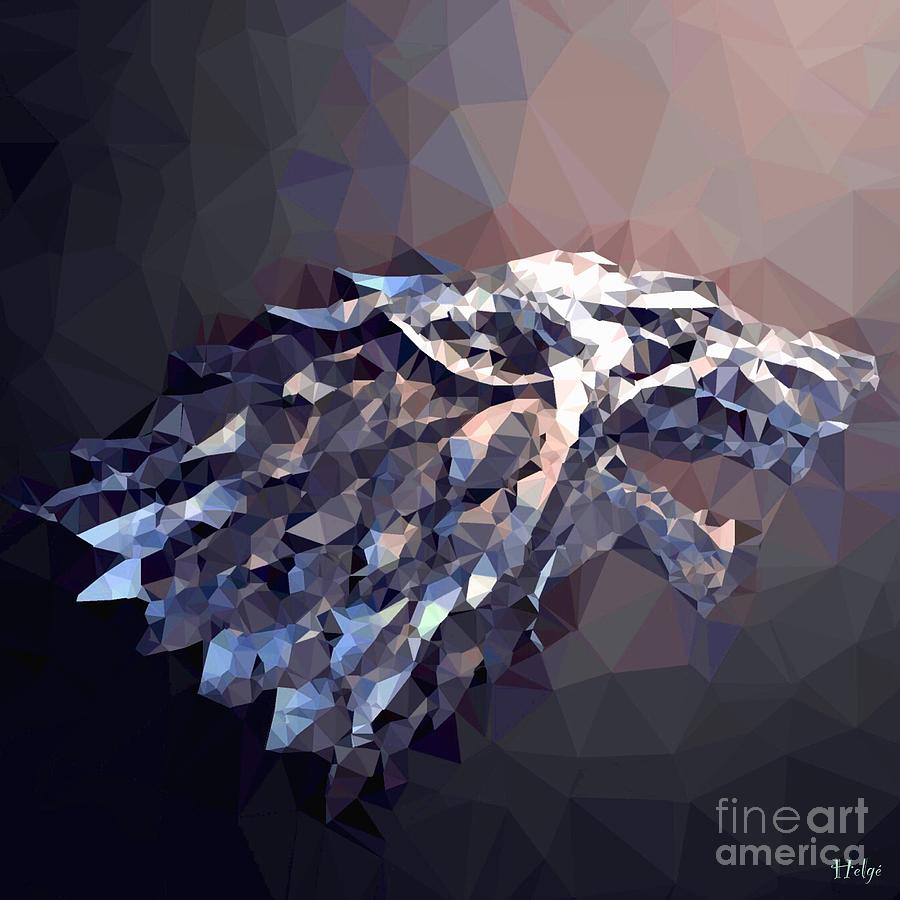 House Stark is one of the Great Houses of the Seven Kingdoms and the principal house of the North. Its seat is at Winterfell, one of the oldest castles in the Seven Kingdoms. Its coat of arms displays a grey direwolf running on a white field, and its motto is Winter is Coming. Bastards born to Northmen are given the surname "Snow". House Stark has ruled as the Kings in the North for thousands of years until House Targaryen conquered Westeros, whereafter the Starks are the Lords of Winterfell and Wardens of the North. For prizing honor and devotion to duty, House Stark is the closest of the noble houses to heroism.
Over the course of the novels, the Starks are scattered by the War of the Five Kings, and the fate of the House remains uncertain, as most background characters believe (incorrectly) that all the legitimate Stark sons are dead.

Thank you buyer from Burien WA. I hope you will enjoy this canvas for many years.

Thank you buyer from Oshkosh, WI. I hope you enjoy this article for many years.