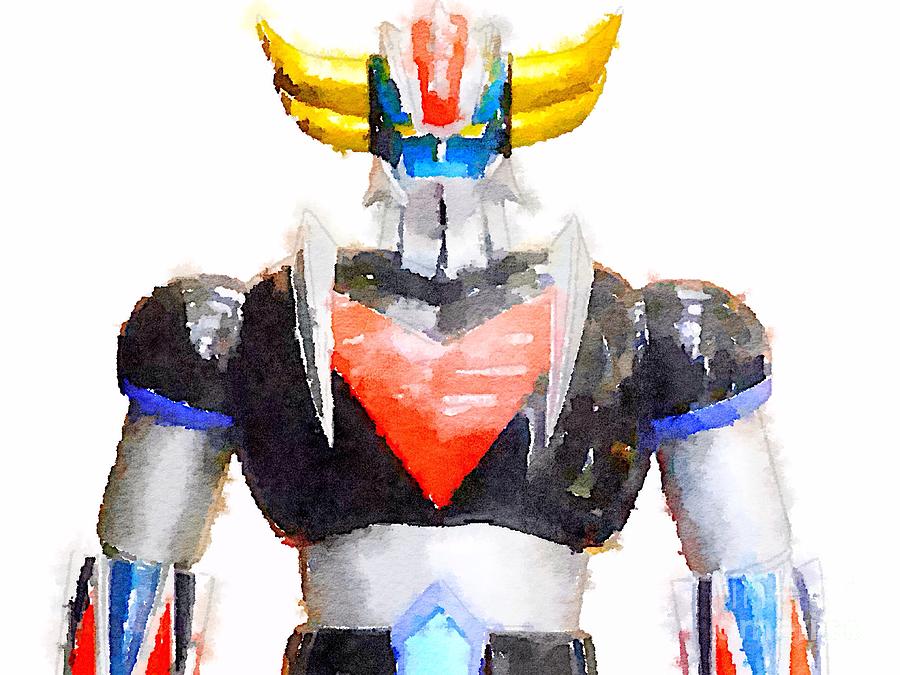 Aquarelle de Goldorak en buste. (watercolor)
UFO Robot Grendizer is a Super Robot TV anime and manga created by manga artist Go Nagai. It is the third entry in the Mazinger trilogy. It was broadcast on Japanese television from October 5, 1975, to February 27, 1977, and lasted 74 episodes. The robot's first appearance in the United States was as a part of the Shogun Warriors line of super robot toys imported in the late 1970s by Mattel, then in Jim Terry's Force Five series, both under the title Grandizer. It is still widely popular in the Middle East, and it was especially popular in France and Quebec, as well as among French speaking Canadians in the province of New Brunswick, where it was aired under the title Goldorak. In Italy, the series was as popular and known as Goldrake.

Thank you buyer from Longueuil QC I hope you will enjoy this bath towel.