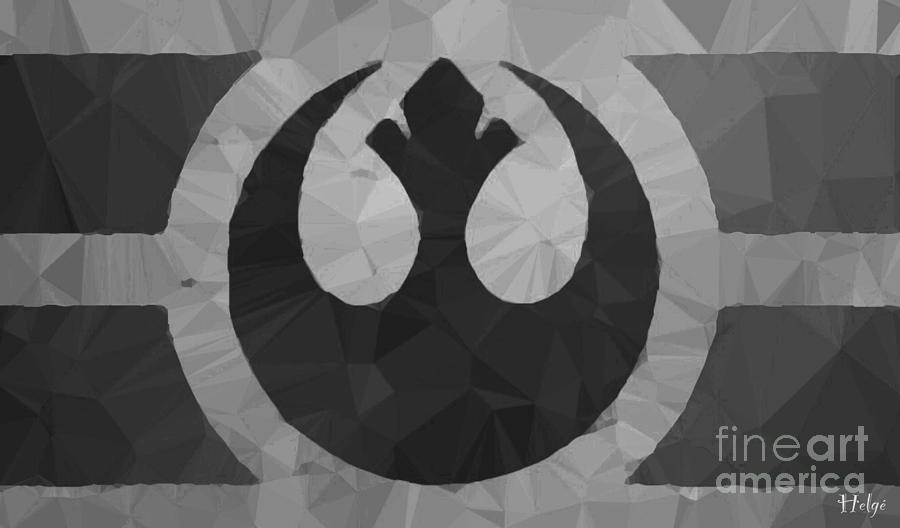 The Alliance Starbird, also known as the Phoenix, was the insignia of the Alliance to Restore the Republic. It adorned the flight helmets of a number of Rebel pilots during the Galactic Civil War. It was based on the Marek family crest.
Often described as a rising phoenix, the Starbird represented the Alliance's goal of setting the stage for the Galactic Republic to rise again from the ashes of the Galactic Empire that it swore to topple. The Starbird most often appeared in bright red or blue but was also sometimes displayed in yellow, black, or gray.

Thank you buyer from Riverside, CA. I hope you will enjoy this metal print for many years.