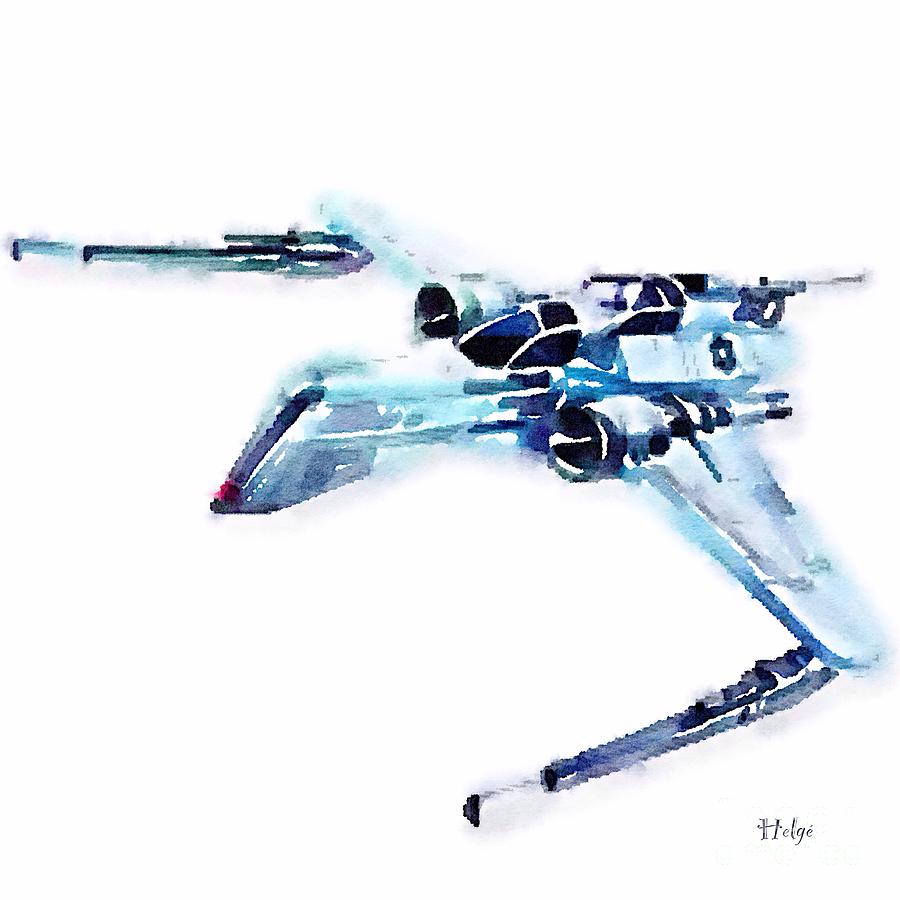 The Aggressive ReConnaissance-170 starfighter, also known as the ARC-170 starfighter and Advanced Recon fighter, was a heavy starfighter/bomber that saw widespread use by the Republic Navy in the later days of the Clone Wars.
Designed and manufactured by the Incom Corporation, the ARC-170 was an ancestor of the T-65 X-wing starfighter, which would be mainly used by the Alliance to Restore the Republic.
During the Battle of Coruscant, Commander Odd Ball led a squad to protect Anakin Skywalker and Obi-Wan Kenobi on their mission to rescue the Supreme Chancellor. Several participated in the Battle of Cato Neimoidia and shot down Jedi Plo Koon when Sheev Palpatine ordered them to execute Order 66. It was a successor to the Z-95 Headhunter and the predecessor of the X-wing starfighter.
The HUD seen on Odd Ball's ARC-170 cockpit during the Battle of Coruscant has the same targeting display as Luke Skywalker's X-wing in A New Hope.

Thank you buyer from Bartlett, IL.

Thank you buyer from Smyrna, TN. I hope you enjoy your Canvas Print for many years.