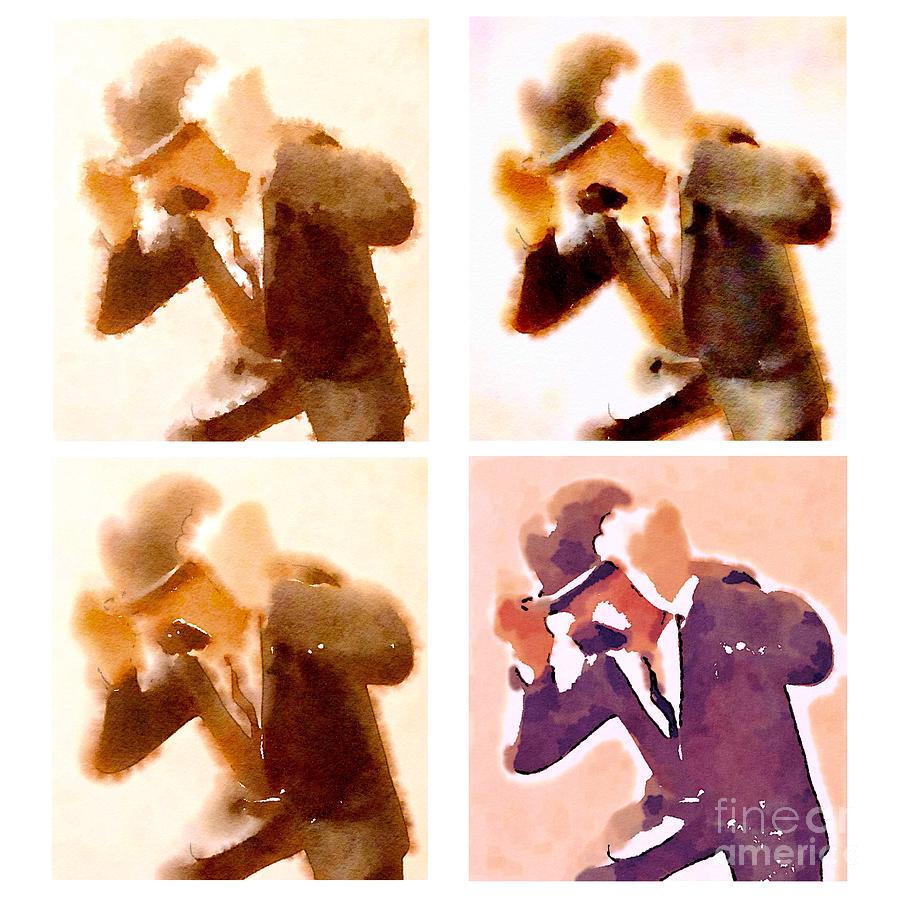 Declinaison d'aquarelle du detective Dupont.
Thomson and Thompson (French: Dupond et Dupont) are fictional characters in The Adventures of Tintin, the comics series by Belgian cartoonist Herge. They are two incompetent detectives who provide much of the comic relief throughout the series. While the two are apparently unrelated as they have different surnames, they look like identical twins whose only discernible difference is the shape of their moustaches. They are afflicted with chronic spoonerisms, are extremely clumsy, thoroughly incompetent, and usually bent on arresting the wrong character. In spite of this, they somehow get entrusted with delicate missions.
The detective with the flared, pointy moustache is Thomson, who often describes himself as "Thomson, without a 'P', as in Venezuela". The detective with the flat, droopy moustache has described himself as "Thompson, with a 'P', as in psychology" or "Philadelphia", using words with either a silent "P" or in which the "P" is combined with another letter, losing the "P" sound.
Thomson and Thompson usually wear bowler hats and carry walking sticks, except when abroad: during these missions they insist on wearing the stereotypical costume of the country they are visiting so that they blend into the local population, but instead manage to dress in folkloric attire that actually makes them stand apart.
The detectives were in part based on Herge's father and uncle, identical twins who wore matching bowler hats while carrying matching walking sticks.

Thank you buyer from Bristol.

Thank you buyer from Bellevue, WA. I hope you will enjoy this Print for many years.

Nice! Congratulations on your sale!

Thanks a lot Cathy.

Thanks so much Mariola to feature my artwork in the group 500 Views. Greatly appreciated!