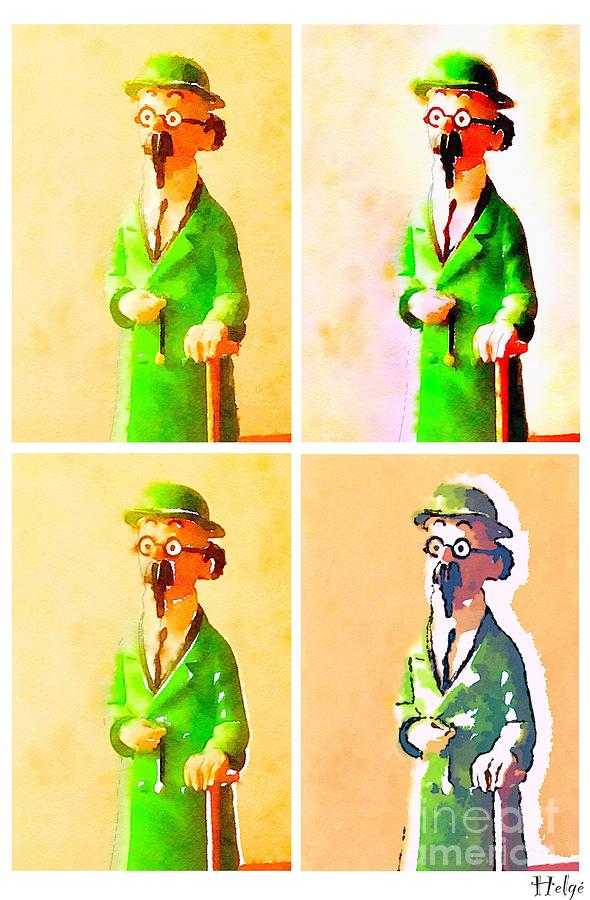 Professor Cuthbert Calculus (French: Professeur Tryphon Tournesol, meaning "Professor Tryphon Sunflower"), is a fictional character in The Adventures of Tintin, the comics series by Belgian cartoonist Herge. He is Tintin's friend, an absent-minded professor and half-deaf physicist, who invents many sophisticated devices used in the series, such as a one-person shark-shaped submarine, the Moon rocket, and an ultrasound weapon. Calculus's deafness is a frequent source of humour, as he repeats back what he thinks he has heard, usually in the most unlikely words possible. He does not admit to being near-deaf and insists he is only a little hard of hearing in one ear.
Calculus first appeared in Red Rackham's Treasure, and was the result of Herge's long quest to find the archetypal mad scientist or absent-minded professor. Although Herge had included characters with similar traits in earlier stories, Calculus developed into a much more complex figure as the series progressed.

Congratulations on your sale of this wonderful painting!

Thx a lot and take care.

Thank you buyer from Ottawa, ON - Canada. I hope you enjoy this Canvas for many years.

Congratulations, your creative and unique art work is Featured in the "Out Of The Ordinary 1 A Day" group! 2/19/18 l/f/pin