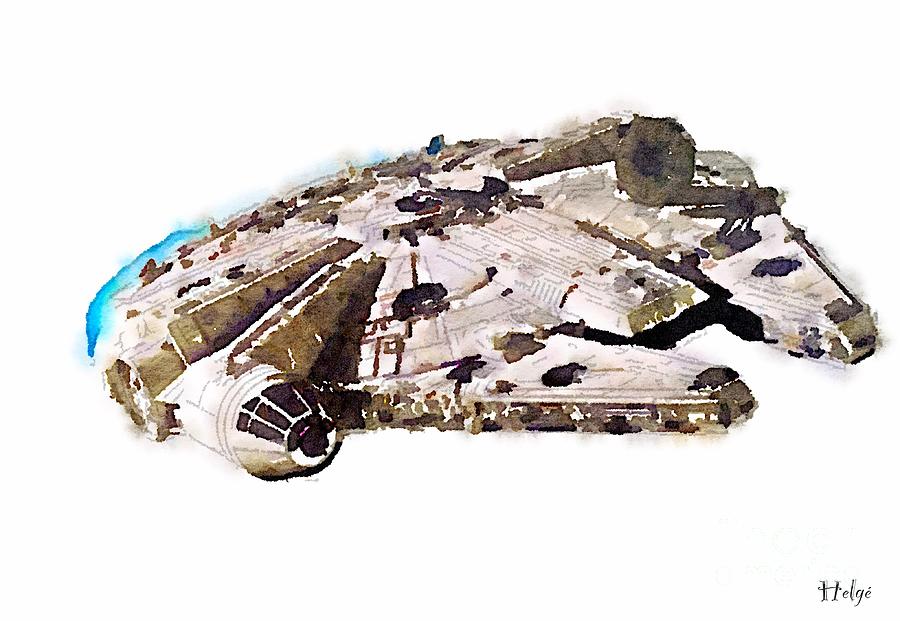 The Millennium Falcon is a spacecraft in the Star Wars universe commanded by smuggler Han Solo (Harrison Ford) and his Wookiee first mate, Chewbacca (Peter Mayhew). The highly modified YT-1300 light freighter first appears in Star Wars (1977), and subsequently in The Empire Strikes Back (1980), Return of the Jedi (1983) and in a cameo in Star Wars Episode III: Revenge of the Sith (2005). The Falcon also appears in a variety of Star Wars Expanded Universe materials, including books, comics, and games; James Luceno's novel Millennium Falcon focuses on the titular ship.

Thank you buyer from Smyrna, TN. I hope you enjoy this print for many years.