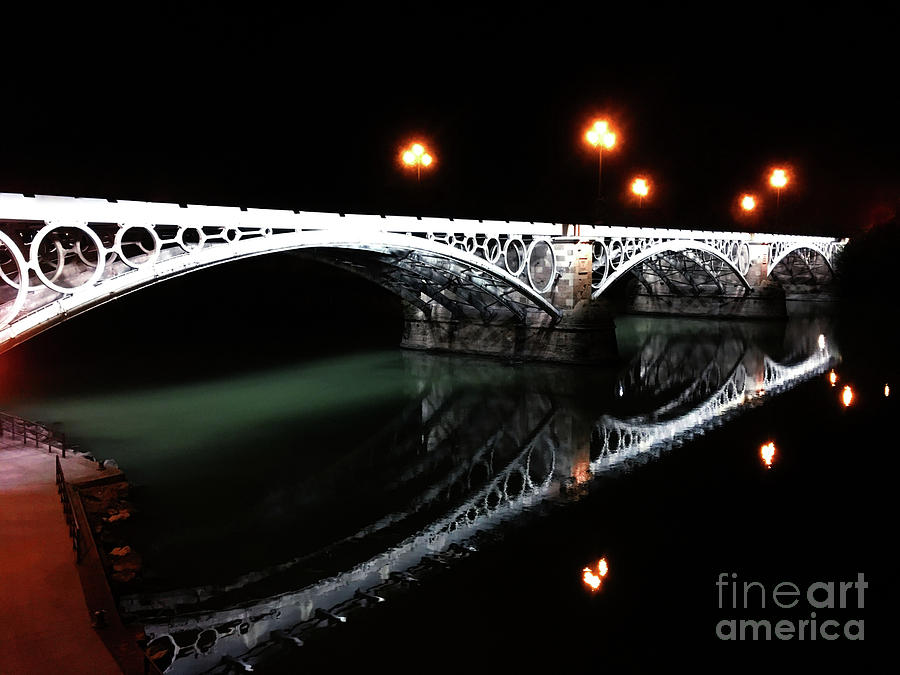 The Puente de Isabel II, Puente de Triana or Triana Bridge, is a metal arch bridge in Seville, Spain, that connects the Triana neighbourhood with the centre of the city. It crosses the Canal de Alfonso XIII, one of the arms of the River Guadalquivir that isolate Triana as an almost-island.

It was built during the reign of Isabella II of Spain and completed in 1852 as the first solid bridge in Seville, replacing an earlier floating bridge consisting of boats (a pontoon bridge). First built by the Moors in the 12th century, the pontoon bridge managed to exist for seven centuries due to later repairs.

~ What a Stunning and very Excellent Art work! You truly are a Professional Artist and I'm honored and very privileged to have the opportunity to follow your journey! ~ Sincerely Cia ~

Congratulations! Your fantastic photographic art has been chosen as a Camera Art! You are invited to archive your work in the Features Archive thread! group as well as any other thread in which it would fit!

Thanks so much to feature my artwork in the group Camera Art.