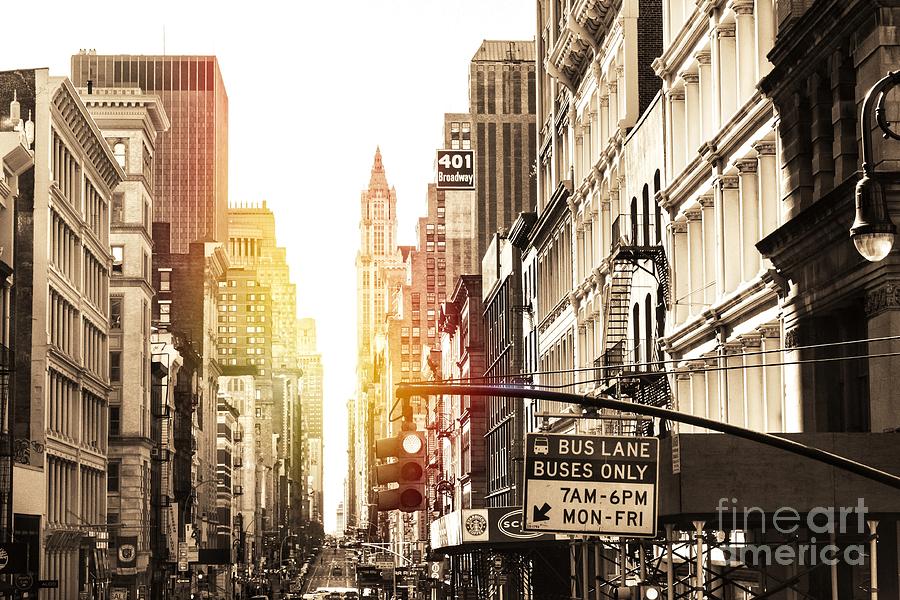 401 Broadway is no ordinary office building. Ideally located in historic Tribeca, this 335-foot-high tower promises stunning views, historic charm and spaces that truly inspire.
401 Broadway was synonymous with the Art Deco era, featuring sleek, curving forms and long horizontal lines, both on its exterior and interior.

Tribeca — short for “Triangle Below Canal Street” — is part of the oldest section of New York.
In the early 1900s, Tribeca was a center of the fresh fruit and produce market, the shipping capital of the U.S., and home to the Woolworth Building, the first “skyscraper” in America.
As the 20th century progressed, a majority of the industries relocated, with buildings in the district combining office space with stores, lofts and factories. 401 Broadway was no exception.
Designed by Don & John Jardine of the famed Jardine, Hill & Murdock architectural firm, 401 Broadway was built during 1929-1930. At that time, Tribeca was already establishing itself as one of the most upscale neighborhoods in the city.
Years later, in the 1970s, the area saw a cultural revitalization as many artists and art organizations moved into vacated loft spaces. In the late 1970s and early 1980s, many store and loft buildings were converted to residential cooperatives.
Today, while many traditional businesses still remain in the area, Tribeca is considered an artistic and cultural center — frequented by creative, entertainment, legal and financial professionals, and host to the annual Tribeca Film Festival.

Thanks so much Romuald to feature my artwork in the group Arts Fantastic World.

Thanks so much Michelle to feature my artwork in the group Collectors Gallery. Greatly appreciated!

Congratulations!! This stunning Black and White image has been selected to be featured for the week in the "Creative Black and White Fine Art Photographs" Group’s Home Page!! You are welcome to add a preview of this featured image to the group’s discussion post titled “Stunning Group Featured Images for March 2018” for a permanent display within the group, to share this achievement with others. If enabled, your image will also be posted to our group Pinterest page. Thank you for your group participation! ~Jan

Thanks so much Jan to feature my artwork.