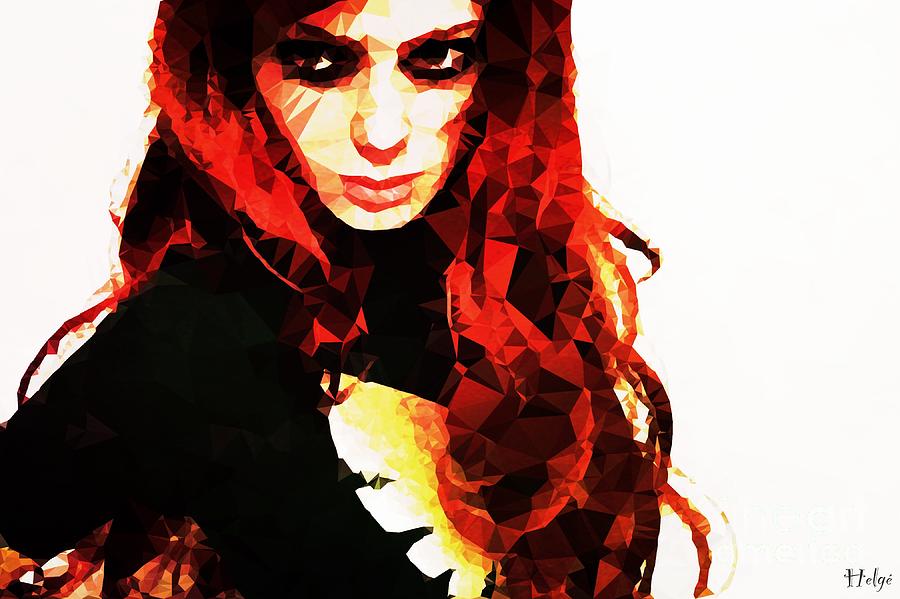 Jean Grey, or Jean Grey-Summers, is a fictional superhero appearing in American comic books published by Marvel Comics and is a founding member of the X-Men. Jean Grey has been known under the aliases Marvel Girl, Phoenix, and Dark Phoenix. She is known for her relationship with Cyclops, and for her central role and transformation in the X-Men storyline "The Dark Phoenix Saga".
When transformed into Phoenix, Jean's powers escalate to a considerably higher level, allowing her to rearrange or disintegrate matter at a subatomic level, fly unaided through space, survive in any atmosphere, and manipulate electromagnetic and cosmic energies for various effects and atmospheric disturbances. She can create stargates that can transport her anywhere in the universe instantaneously. At this level, she is powerful enough to easily defeat a herald of Galactus.
Jean, while acting as a Phoenix Force avatar, can create 'cosmic' flames, even in seemingly impossible situations such as the vacuum of space or underwater. Typically they manifest as a raptor or part of a raptor such as a claw or wings. Jean has perfect control over these flames, only consuming what she wills. These flames do not require oxygen to burn, and burn so intensely that matter is consumed without by-products such as ash. It is unclear whether these flames are an extension of her telekinesis and telepathy or a more general property of the Phoenix Force. The cosmic flames are a literal punctuation to the Phoenix's purpose to "burn away what doesn't work", as well as being described as "burning through lies" and deception.
As the Phoenix, Jean is able to resurrect after death. In some depictions, these resurrections are immediately after she is killed, while other depictions indicate that resurrection must occur at a "correct" time, sometimes taking a century. The Phoenix Force allows Jean to revive, absorb, rechannel, and preserve the life-force of any kind of life-form, meaning that she can take life energy from one person and give it to others, heal herself with the same life energy, or even resurrect the dead, since the Phoenix is the sum of all life and death.
The relationship between Jean Grey and the Phoenix (and the nature of the powers she has) is portrayed in a variety of ways throughout the character's history. In the initial plotline of the Phoenix being a manifestation of Jean's true potential, these powers are considered her own, as part of Claremont and Byrne's desire to create "the first cosmic superheroine." However, since the retcon of the Phoenix as a separate entity from Jean Grey, depictions of these powers vary; these include Jean being one of many hosts to the Phoenix and "borrowing" its "Phoenix powers" during this time, being a unique host to the Phoenix,and being one with the Phoenix. She is later described as one of the few to hold the title of "White Phoenix of the Crown" among the many past, present, and future hosts of the Phoenix.

Thanks so much Romuald to feature my artwork in the group Arts Fantastic World. Greatly appreciated!